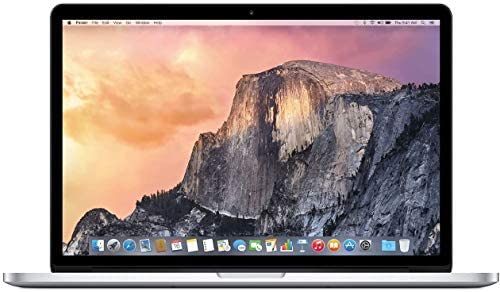 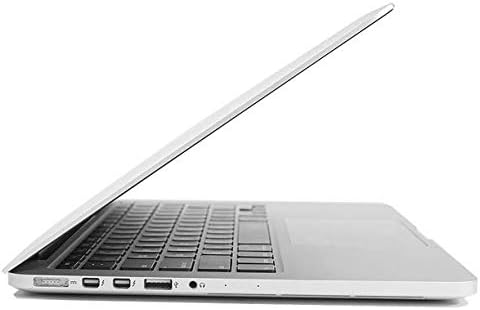 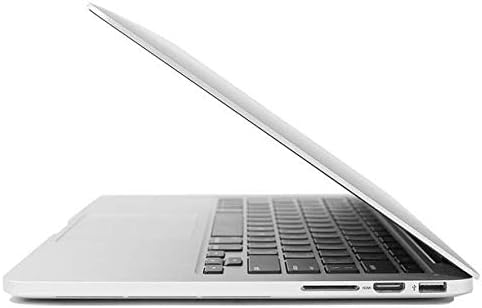 The MacBook Pro “Core i5” 2.9 13-Inch (Early 2015 Retina Display) features a 14 nm “Broadwell” 2.9 GHz Intel “Core i5” processor (5287U), with dual independent processor “cores” on a single silicon chip, a 3 MB shared level 3 cache, 8 GB of onboard 1866 MHz LPDDR3 SDRAM (which could be upgraded to 16 GB at the time of purchase, but cannot be upgraded later), 512 GB of 4 Lane PCIe-based flash storage (standard prior to October 27, 2016), and an integrated Intel Iris Graphics 6100 graphics processor that shares memory with the system. It also has an integrated 720p FaceTime HD webcam, and a high-resolution LED-backlit 13.3″ widescreen 2560×1600 (227 ppi) “Retina” display in a case that weighs just less than 3.5 pounds (1.58 kg). It does not have an internal optical drive. Connectivity includes 802.11ac Wi-Fi, Bluetooth 4.0, two USB 3.0 ports, two “Thunderbolt 2” ports, an HDMI port, an audio in/out port, and an SDXC card slot. In addition, this model has a backlit keyboard, a clever haptic-capable “Force Touch” trackpad and an internal, sealed battery that provides an Apple estimated 10 to 12 hours of battery life depending on use.
Renewed products look and work like new. These pre-owned products have been inspected and tested by Amazon-qualified suppliers, which typically perform a full diagnostic test, replacement of any defective parts, and a thorough cleaning process. Packaging and accessories may be generic. All products on Amazon Renewed come with a minimum 90-day supplier-backed warranty.
2.9 GHz dual-core Intel Core i5 processor (Turbo Boost up to 3.3 GHz) with 3MB shared L3 cache
8 GB 1866 MHz LPDDR3 RAM; 512GB PCIe-based flash storage
13.3-inch IPS Retina Display, 2560-by-1600 resolution

manibaba.net is a participant in the Amazon Services LLC Affiliate Program. It is an affiliate advertising program designed to provide a source for sites to earn advertising fees by advertising and linking to Amazon (.com,.co.uk,.ca, .in, etc). The information contained on this website is for awareness purposes.